Michael Gerard Grimm(born February 7, 1970) is the United States Representative for New York's 11th congressional district,serving since 2011.
Numbered as the 13th District, the district consists of Staten Island and parts of Brooklyn. Grimm is a member of the Republican Party and is the only Republican representing a significant portion of New York City.
He is a former FBI agent, businessman, attorney, and U.S. Marine, having served in the Persian Gulf War. 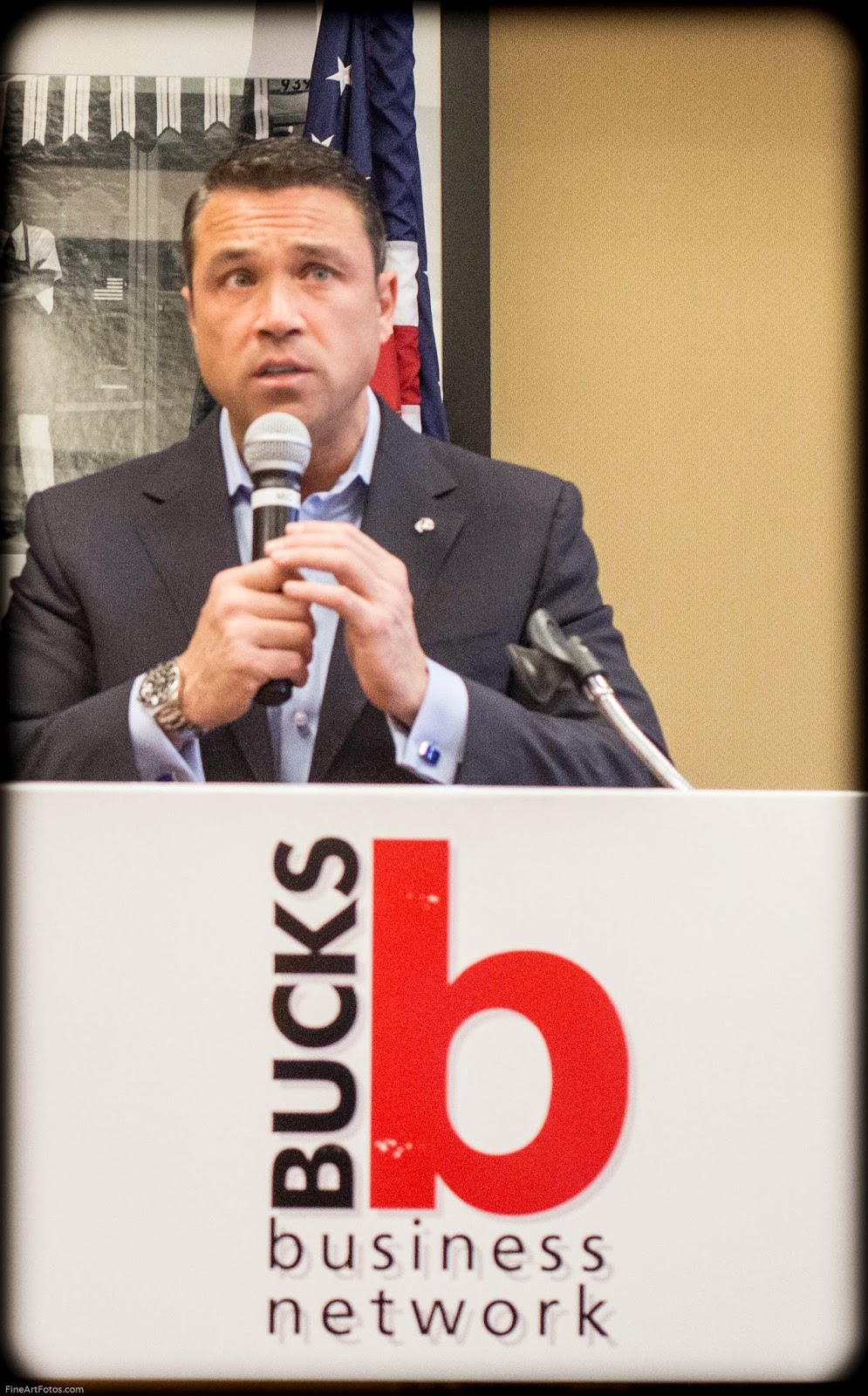 Grimm grew up in Queens. He has German, Irish, and Italian ancestry. He graduated from Archbishop Molloy High School in 1988. Grimm entered active duty with the U.S. Marine Corps in 1989.
In 1990, he was deployed overseas as part of the 6th Communication Battalion.
He received a combat promotion to corporal and was awarded the Combat Action Ribbon, the Navy Unit Commendation, the Meritorious Unit Commendation, among other awards.
Grimm received a BBA in accounting from Baruch College in 1994. He transferred to the U.S. Marine Corps Reserve and was discharged from service in 1997.
He received a Juris Doctor (magna cum laude) from New York Law School in 2002.

Grimm entered the FBI as a professional support employee in 1991. In 1995, he entered the FBI Academy in Quantico Station, Virginia. He graduated as a special agent and was certified to become an undercover agent. He became a U.S. Marshal and uniformed FBI policeman. He began as an FBI clerk and transitioned into undercover agent work, eventually working in the FBI Gambino Squad and was responsible for learning about the inside activities of Peter Gotti, John Gotti's brother.[6] Grimm worked for the FBI as an agent for 9 years. 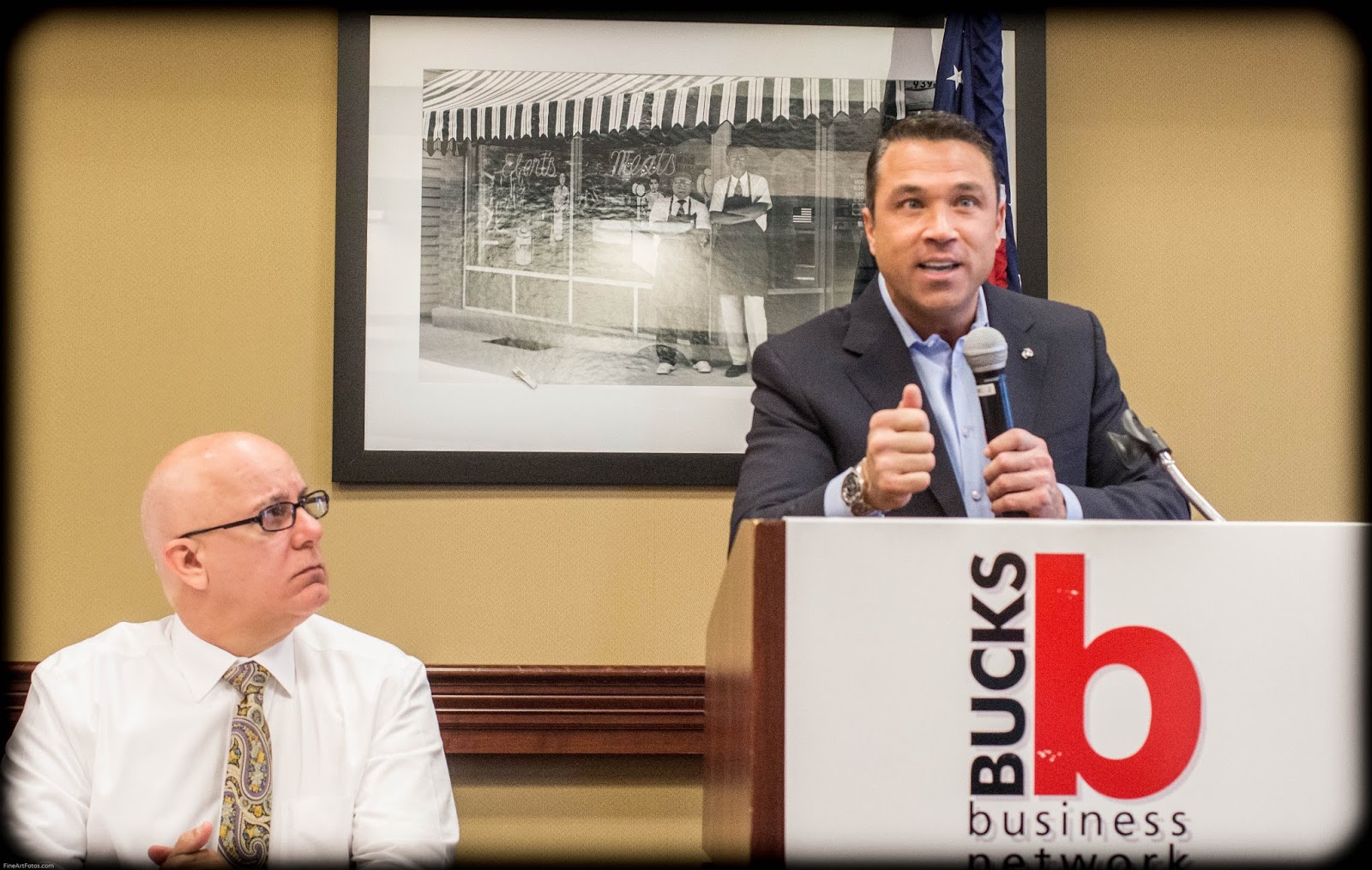 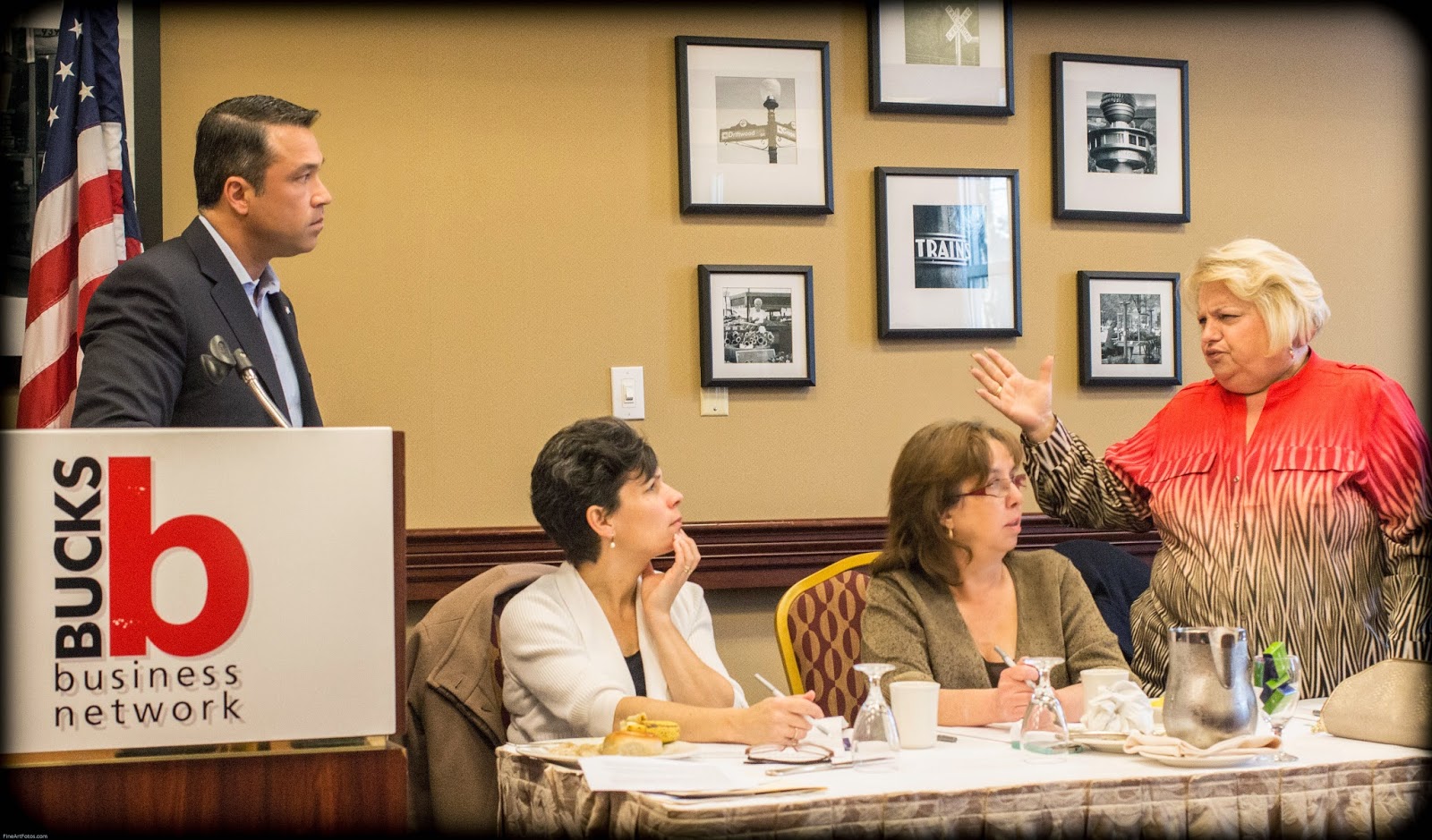 Rep. Michael Grimm spoke at the Bucks better Business network meeting detailing the current state of affairs of Staten island and how he sees the future can be.