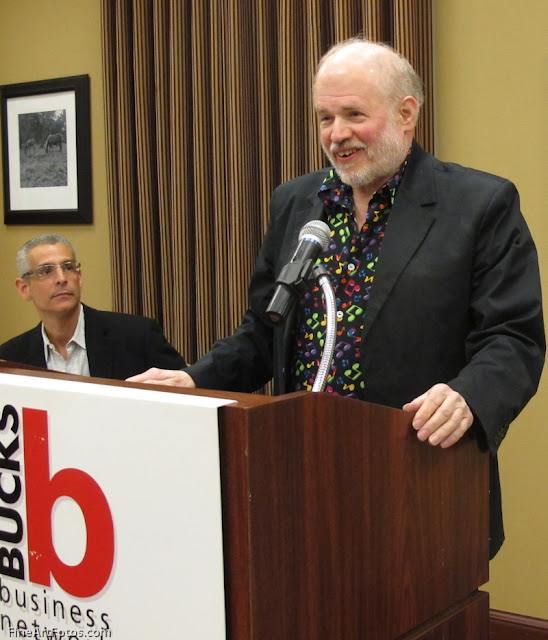 The Mandolin Brothers was established on December 4th, 1971, which recently celebrated their 40th anniversary in business here on Staten Island.  The first instruments Stan Jay and then partner for the next decade Hap Kuffner purchased were two banjos, which they reassembled, refurbished and sold.  Their entrepreneurial spirit returned them a 300% profit. With the proceeds from that sale they purchased a Martin guitar and sold that which gave them the confidence to borrow 3K from Citibank to rent a 2nd floor walk up in Stapleton.
The company name was derived because the two men believed the mandolin needed more promotion than the guitar name so they choose “mandolin” because they were two guys in their mid 20’S starting a new company and added “brothers” hence Mandolin Brothers.
They have had the privilege to present various instruments to musical artists like Stephen Sills, Graham Nash, Mike Seeger, Bob Dylan, Judy Collins and Joni Mitchell, George Harrison, George Benson and Paul McCartney. (None of who are in the Bucks.)
They soon became known as the “go to source” for some of the finest vintage and used fretted instruments.
Mandolin Brothers in 1976 mover the company to the present location @ 629 Forest Avenue.
Mandolin Brothers has the same purpose now as they have from day one which is to make friends of their customers, to offer the best guitars, banjos, mandolins and ukes that can be obtained, and to remain the “Dream Fulfillment Center” for musicians. 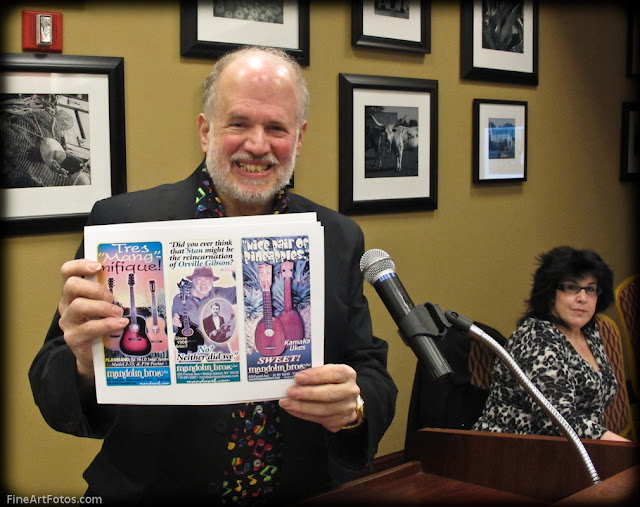 Hello, I'm Stan Jay, President of Mandolin Brothers, Ltd. Have  you ever asked yourself "what's it worth?" If you own or if you  have been offered a vintage American guitar, a banjo or mandolin  or electric bass and wish to know its current market value, just call  and ask us for advice.
Widely known as one of the largest dealers in the world of vintage and new American fretted instruments, we are frequently recommended by Gibson Guitar Corp., Nashville, TN, when they receive inquiries about vintage and used instruments, and also by Martin, Fender, Guild, Gretsch, National, Taylor, Dobro, PRS and many other manufacturers. We have appraised the contents of the C F Martin museum for Martin five times, the estates of C F Martin III and Merle Travis, and the personal collection of George Fullerton. We are recommended by many local music stores around the country and by manufacturers, libraries, museums, magazines, search engines and newspaper columnists.
Visiting Mandolin Brothers' showroom is like no other retail store experience you have ever had. It's as comfortable as being home, if your home were stocked with many hundreds of exceedingly high quality, original condition fretted instruments. Your questions are answered accurately and completely -- our greatest goal is to educate our customers to the differences between brands, models, styles, woods and appointments, so that they can make up their own minds based on having the information required to do so.

We treat every customer like a friend of the company. People tell us that our performance is exceedingly reliable, the quality of the merchandise is received even better than anticipated. We've been called "old fashioned" in the way we provide personal service, including offering free verbal evaluation of vintage fretted instruments to callers worldwide.

Mandolin Brothers, Ltd. is widely known for its high level of professionalism. This, plus our outstanding reputation for reliability, are good reasons why you should consider placing your instrument with us for consignment sale, or shipping it for trade/purchase. In fact, we have been called a "toy store for guitar players" and it's easy to see why; the place is wall to wall acoustic, electric and archtop guitars, banjos and mandolins. 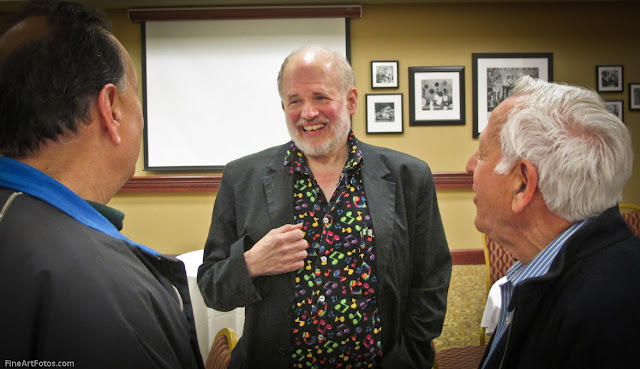 Musician and Bucks member George Zaloom (www.GemmaZaloom.com) asking a question about the Steinberger guitars and basses. 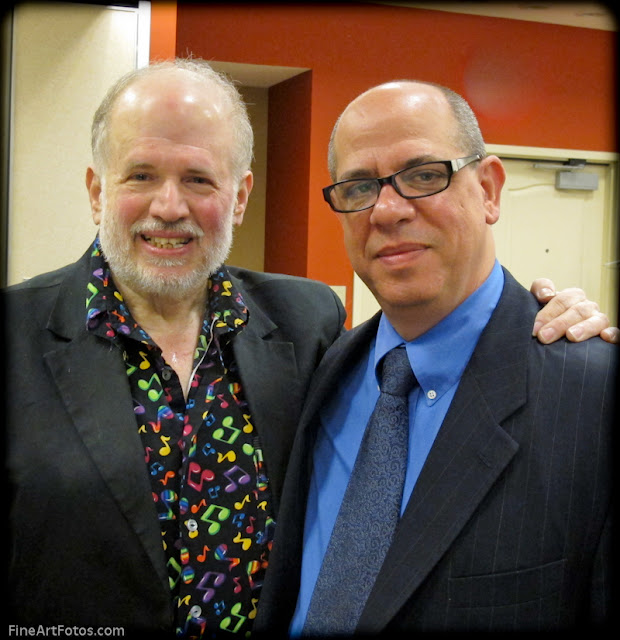 Jay and his long time friend Glen Cutrona (who is a great guitarist in his own right) www.CutronaArchitects.com/ 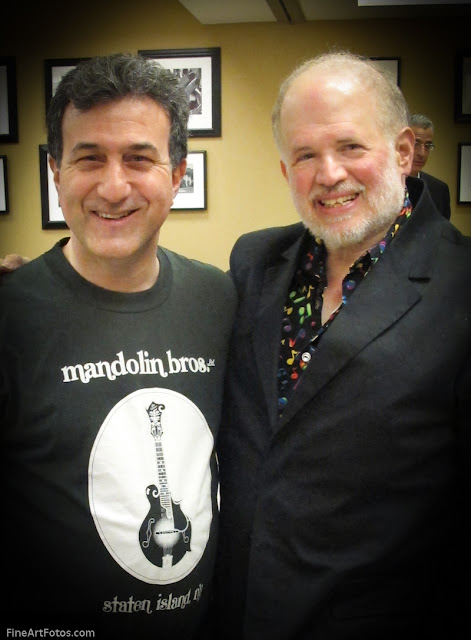 Jay and Flint Gennari of FineArtFotos.com whose photo studio is located  nearby Mandolin Bros
retail store often stops by to play on instruments he dreams of one day owning...
Newer Post Older Post