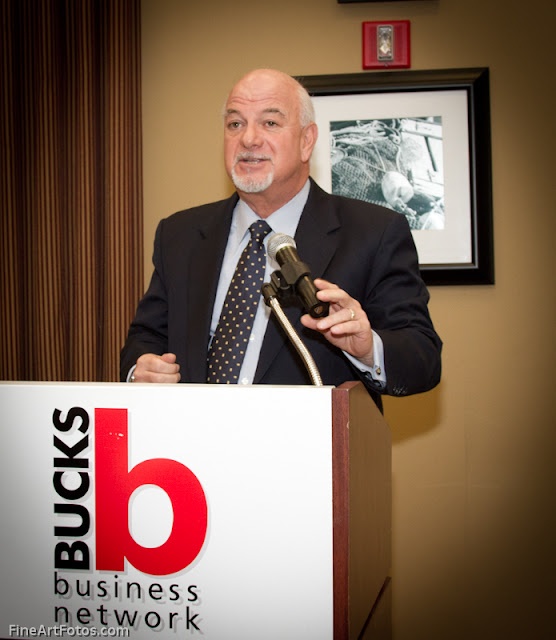 I want to thank you for inviting me here today. As Chairman of the Republican Party I would like to talk to you about Republicanism itself. Many believe that social issues such as gay marriage and abortion are the defining Republican issues. However, there are many in my party who are so called "Pro-choice" and who do not oppose gay marriage. So what is the great unifying principle of Republicanism? It is the conviction that fostering individual freedom and enterprise better enhances the common good of permitting all to seek happiness as they see it and to provide a growing economy that maximizes opportunity for every one.
The Democrats seemingly endorse a system that favors the expansion of government power to provide the people with all their needs and to guarantee them happiness. They see government as responsible for creating a sort of heaven on earth.
Republicans fear that, as a nation, we are in jeopardy of losing the recognition that bad things can happen to good people.  We’re becoming a nation that expects the government to control the price of bread or gasoline, to secure everyone a job, a home and a college education and to find and punish some villain for every accident.
The Democrats, hell bent on providing more entitlements, continue to accumulate multi-trillion dollar debt. We believe Liberals know that a government that robs Peter to pay Paul can always depend on the support of Paul. Led by the President, they have opted to pit us against each other.
Frankly, I’m not opposed to raising revenue by abolishing abusive loopholes. Perhaps, Republicans should agree to debt reduction involving large spending cuts and some revenue enhancements but we believe the Democrats must be prevented from making Politics a conspiracy of the unproductive against the productive. 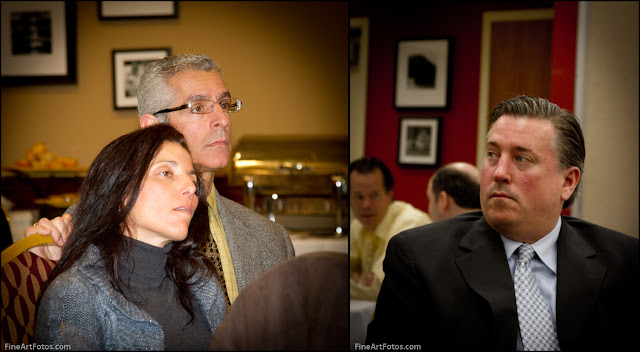 Theresa and Dave Rampulla and Ted Maloy digesting some of the finer points...
Republicans contend that the course to follow in taxation is not to destroy those who have secured success but to create conditions under which everyone will have a better chance to be successful. As Abraham Lincoln said, “In , that some should be rich shows that others may become rich, and hence is just encouragement to industry and enterprise”. We assert that you cannot legislate the poor into prosperity by legislating the wealthy out of prosperity.
Democrats who denounce the free market are for control and coercion, believing they have superior wisdom to the masses. They should remember what John F. Kennedy said, “A nation that is afraid to let its people judge the truth and falsehood in an open market is a nation that is afraid of its people.”
Republicans refute those who mock our principles in their egocentric belief that they possess the moral high road. They self-righteously preach that those who oppose the expansion of government do so to selfishly protect their own narrow interests. 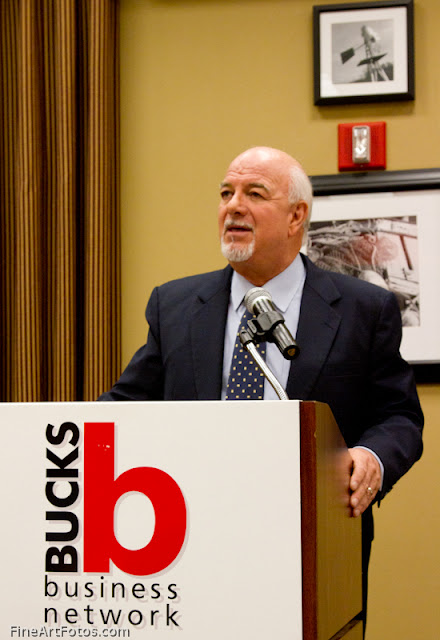 Lyndon Johnson and American Liberals declared war on poverty in 1964 - 47 years ago. Since then, government has grown exponentially and spent multi-trillions of dollars to wipe out poverty. Yet all we keep hearing from these same Liberals is that the gap between the rich and poor keeps widening. Astonishingly, they cannot see the failure of their approach.
The condescending liberal view that Republicans lack compassion is insulting. We indeed seek to bolster a social safety net that protects the helpless, but we oppose borrowing money to provide gifts for the indolent. Moreover, we’ll match our volunteer efforts on behalf of the needy with any liberal. But we see liberals as people who advocate spending somebody else's money and people who will easily give away everything they do not own.
The notion that providing opportunity to realize your dreams, if you sacrifice and work hard, while not rewarding idleness and folly is a concept consistent with benevolence. It frees the downtrodden from the yoke of government and provides them with the means to realize their aspirations.
We have been erroneously pegged as the party of the rich when, in fact, we are the party of opportunity, that is, the party of the middle class and the party of the poor. 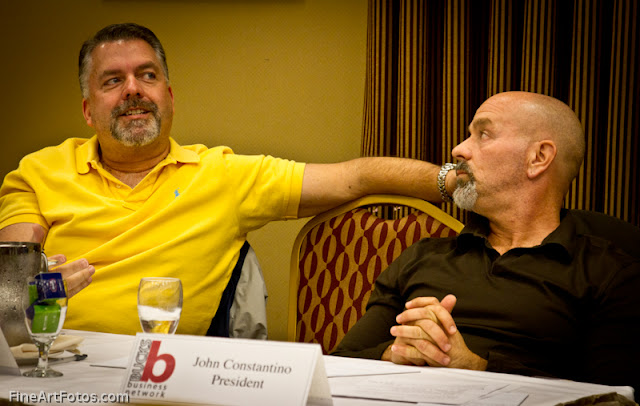 Richard Grado of Creative Media and Bucks President John Constantino of Clove Auto Body discuss some concerns...
We say to those members of the middle class and the poor that as we struggle to cure the illness that besets our economy, Government spending and regulation is not the doctor. Government spending and regulation is the disease and Republicanism is the cure.
Indeed, it is an historical fact that the free enterprise system has done more to reduce poverty than all the government programs dreamed up by Democrats combined.
We believe that the answer to our current economic problems is right in this room. This country was built on the backs of entrepreneurs. People who risked everything they had and worked 12 hours a day, 7 days a week to build a successful business. Given the fact that more than 50% of businesses fail in the first 5 years it is beyond reasonable dispute that starting a business is indeed a very risky endeavor. 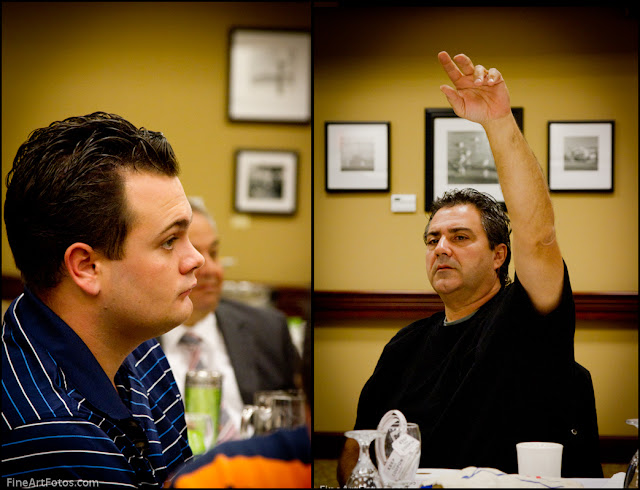 But those of you who have assumed that risk and have succeeded, by any measure, are entitled to a reward. This is especially true since you have enhanced commerce through your hiring, buying, selling, service and tax paying. You are an economic engine that has created wealth for legions of your fellow Americans. What you need is a government who, instead of taxing and regulating you out of existence, will simply get out of your way and say thank you very much.
It is elected officials who believe in these tenets that I, as Chairman of the Republican Party, hope to help get elected to free you people to again help get this country on a track of growth and employment and off its current course of stagnation and entitlement.
I thank you all for listening and would be more than happy to answer any questions. 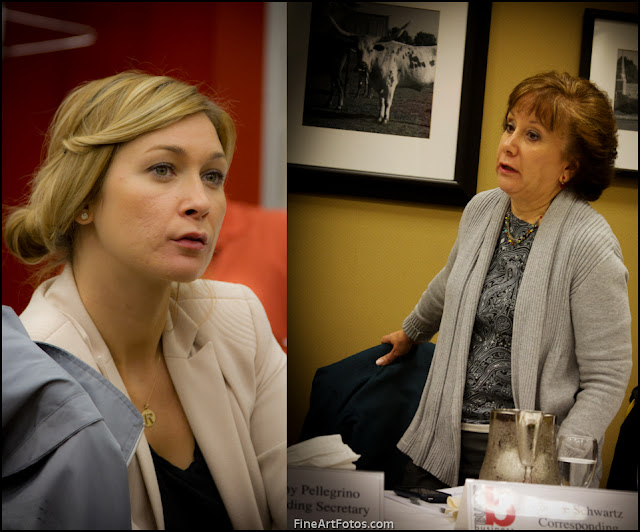 NorthField Bank was represented and so was Total Electrical Distributors... 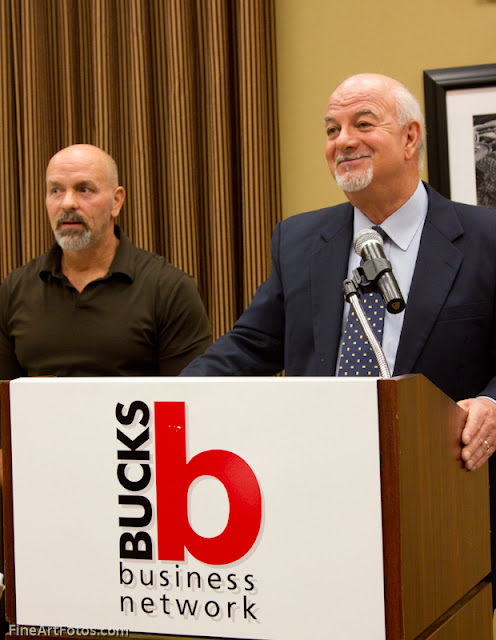 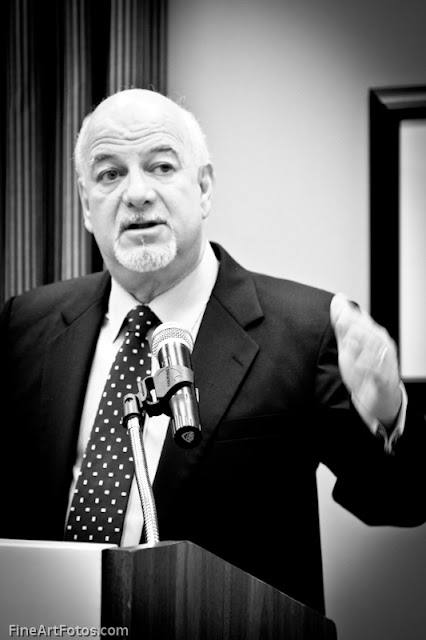